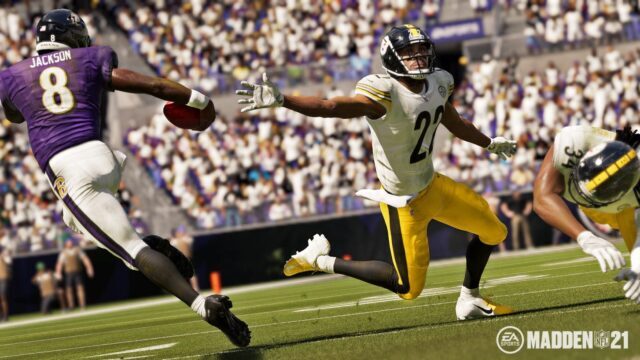 The highest-profile video game built in Central Florida returns for its 28th year on Friday.

The latest entry in Electronic Arts’ Madden NFL series, built in Maitland, will include a bonus for hardcore gamers.

Those who buy the game for Sony PS4 4 or Xbox One can automatically upgrade if they buy a next-generation console.

Both the Sony PlayStation 5 and Xbox Series X will debut by the end of the year, according to the latest estimates.

Madden’s production has been donein Central Florida since 1994 through the small development studio Tiburon Entertainment.

Among the new features in Madden NFL 21: