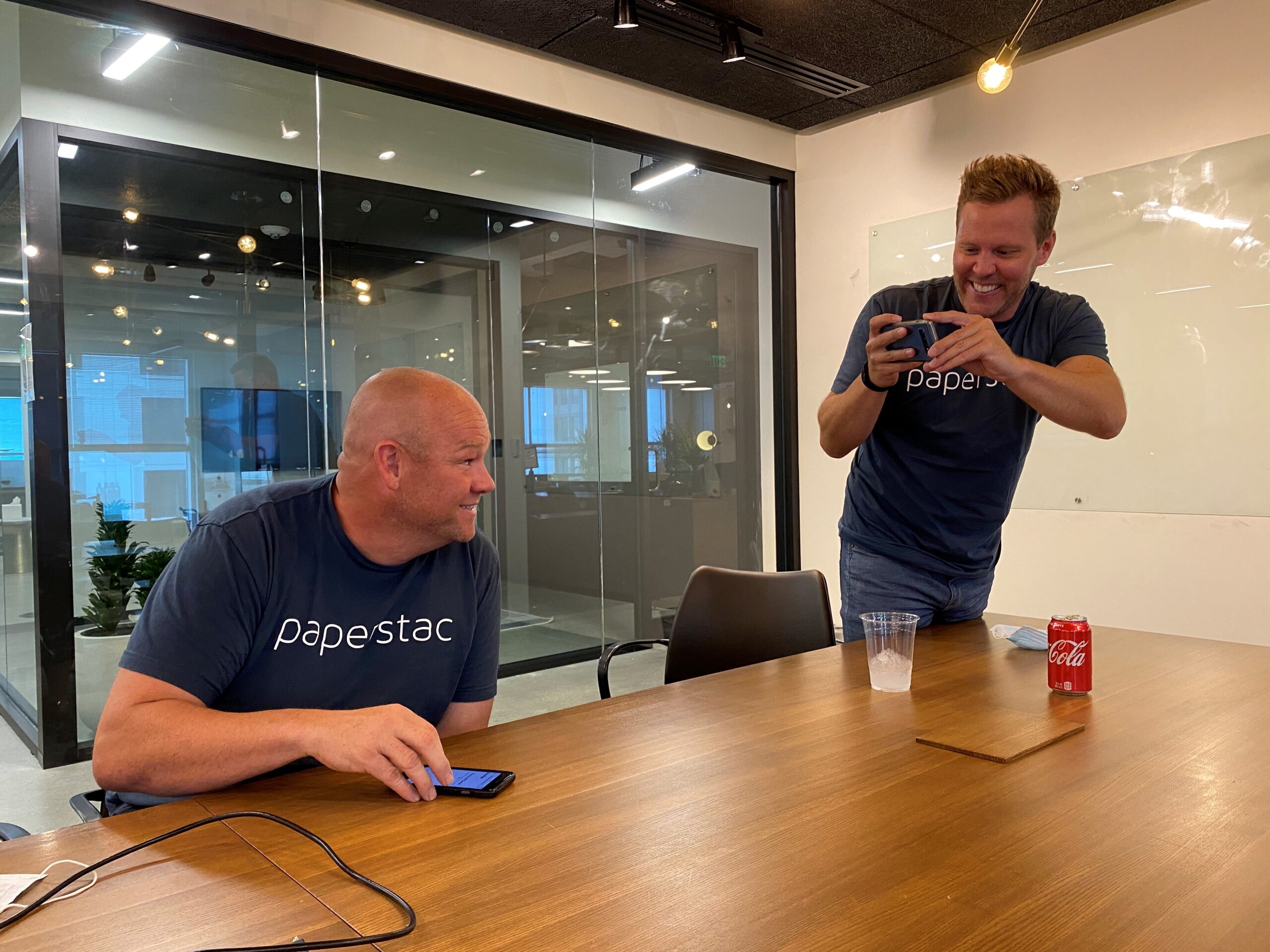 A $25,000 cash injection he had been waiting for was a go. Welcome to the world of startups, where every little bit of money ensures more runway to build the business.

Paperstac can be compared to an eBay-like platform for documents known as mortgage notes, or the promise between a borrower and an institution to pay back a loan.

The notes have typically traded on private markets.

“We wanted to change the way these things were traded and digitized it,” Allen said. “Even up until 2008, debt was trading among the silent elite. It wasn’t available for the common person.”

Growing its influence in mortgage notes

Paperstac’s influence and respect in the industry expanded quickly once launched.

Allen’s team started to work together in 2008, when his firm was buying distressed properties to flip them and sell to investors.

A competitor who performed a similar function at a lower cost slowed the effort.

“We needed something more stable,” he said. “We were going to fix up houses, flip them then play golf all afternoon.”

That became buying debt mortgages to resell them in 2013. The practice led them to their idea: they wanted to work with borrowers.

The team learned some lessons when an initial developer underperformed.

However, Allen and his team righted the ship to launch Paperstac in 2017.

Paperstac used the highly attended Note Expo in 2018 as a coming-out party.

“Vendors wouldn’t talk to us when we first launched. In 2016, they were asking us what we were even doing there,” Allen said. “Two years later, we had a live demo running and were just mobbed. We were the talk of the event.”

The company’s success has helped the Paperstac team come together and pull for a common goal, Allen said.

“When you worry about what’s best for the company, you can give up any pride issues you might have,” he said. “I don’t necessarily want to be the dumbest guy in the room but I want to have smart people around me.”