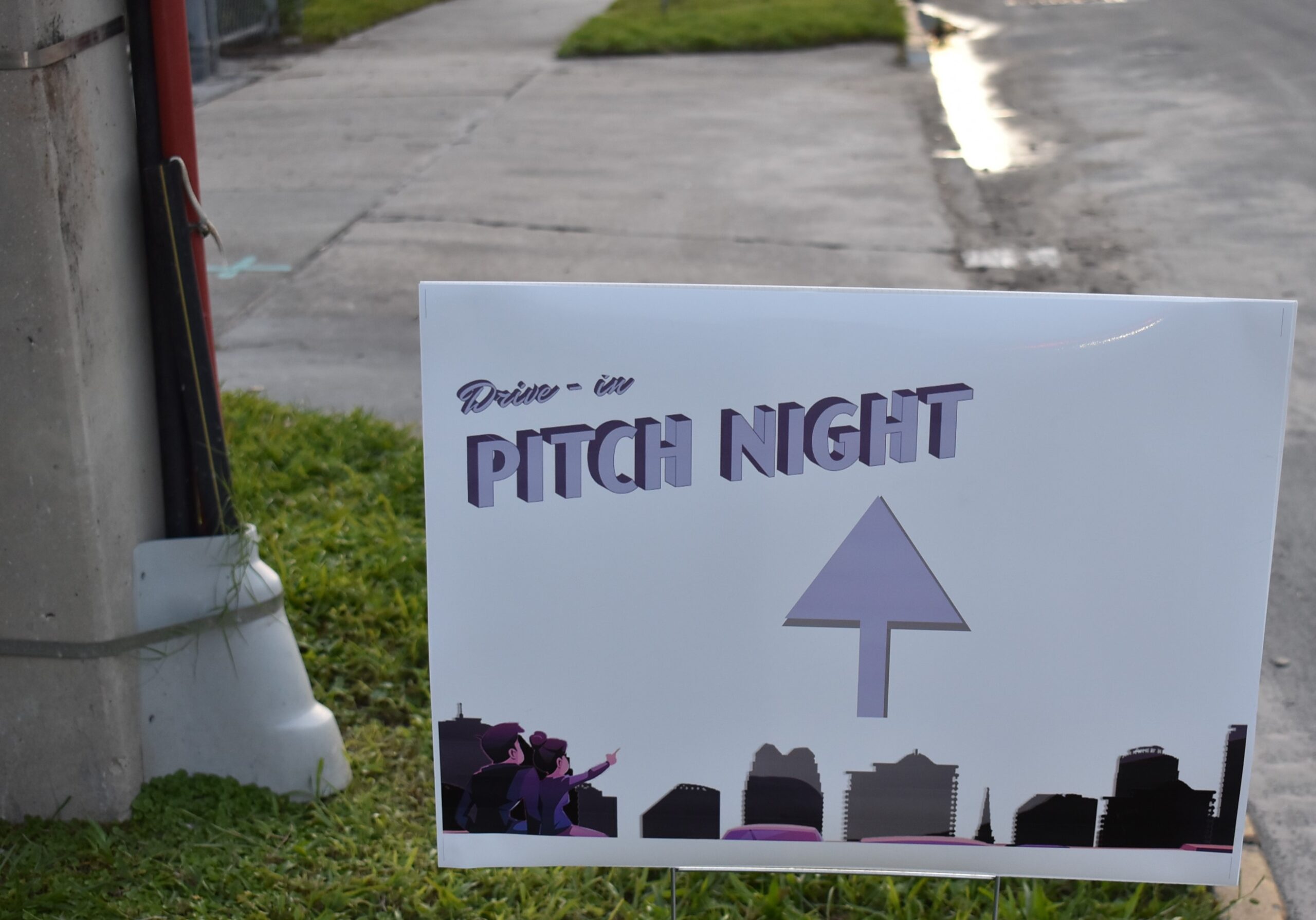 As she finished her presentation on her hotel management startup HKeeper, a chorus of cars in a downtown Orlando parking lot honked their horns in approval.

Udalov said the reaction took her by surprise, calling it a “very unusual experience.”

“I felt like a hero and that I did something heroic,” she said following her Drive-in Pitch Night pitch.

The startups at the event kind of did.

They demonstrated that in-person events, thought to be a thing of the past, could return with some precautions.

HKeeper was one of seven businesses to pitch at Drive-in Pitch Night, an event organized by Orlando Economic Partnership, Starter Studio and Project Orlando.

Home Lending Pal took home the title of best pitch of the night.

Organizers said they expect to repeat the event, the first of its kind in Orlando.

For the entrepreneurs, it was a rare chance to get in front of an audience during the coronavirus pandemic.

“I like the way everything was organized, especially when you have a chance to pitch on the screen,” Udalov said.

Logistics of a drive-in pitch night

The parking lot of the live-music venue The Vanguard on Concord hosted the event.

That was where organizers set up a makeshift stage alongside a large movie theater-like screen in the parking lot.

The companies presented three-minute video pitches then either took the stage or were on the phone to answer questions.

About 40 cars packed the lot.

He called startups and entrepreneurship one of the city’s major focuses.

The logistics of the event included securing an FM frequency, figuring out a method for parking and dismissing cars and renting portable restrooms.

“These just aren’t things that one normally encounters (during regular events),” she said. “We were so proud of the startups and the work they put into their pitches and their willingness to experiment with us in this unique way. I don’t think they knew what to expect.”

Myers says organizers received a good amount of feedback from both the entrepreneurs and attendees.

They plan to take the feedback into consideration as they plan a follow-up event.

That will help them improve the next version, she said.

“Everyone was desperate for something that felt like being somewhere and sharing with others in support of our tech community,” said Myers, who added there was “little doubt” the event would return. “We knew we had a winner and an unexpected buzz started … around it.”

An Orlando Tech Grant from the Orlando Economic Partnership helped pay for the event.